Category: Love Is All You Need

Emily attends the ‘Love Is All You Need?’ Premiere

I’ve added 34 high quality photos of Emily looking lovely with the cast and crew at the Love Is All You Need? premiere have been added into the gallery. Emily stars as Kelly Williams in the film, which will be up for download on iTunes on November 24th. So head on over and check them out. 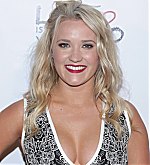 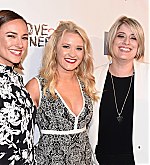 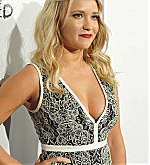 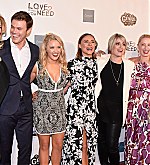 Love Is All You Need?: New Trailer Released

Angela
No comments
Love Is All You Need Video

Variety: ‘Love Is All You Need’ to Host Special Screenings in Cities Where Hate Crimes Were Committed

Genius Pictures is launching a special tour to promote “Love is All You Need” and the film’s anti-hate message. Over 30 days, the film will travel across the United States for special screenings and events in 20 cities, as part of the tour called “The MovieMent.” Following the screenings, director Kim Rocco Shields and the other filmmakers will discuss its anti-hate themes.

Based on Shields’ award-winning short of the same name, the story takes place in a world where homosexuality is the norm and heterosexuality is taboo. Briana Evigan (“Step Up”), Tyler Blackburn (“Pretty Little Liars”), Emily Osment, and Jeremy Sisto star. The cities were chosen based on fan requests, places where hate crimes were committed and locations that have a special connection to the pro-tolerance message of the film. Members of the filmmaking team, cast members, and special guests will appear at screenings.

“It’s time to celebrate our similarities instead of fighting about our differences; intolerance of any kind is unacceptable,” said writer and director Kim Rocco Shields. “I am very passionate about this film and The MovieMent, and I am thrilled to be continuing the dialogue that started three years ago, with the universal language of love”. The film will release digitally on Thanksgiving Day, November 24, 2016 via iTunes.

Articles Love Is All You Need Video