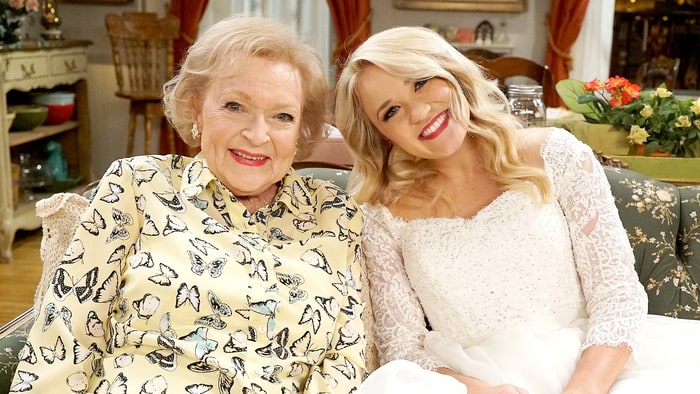 On Young & Hungry, Betty White guest-stars as the quick-witted Ms. Wilson, who has a tendency to slip in sexual innuendos and provocative language whenever she can. Offscreen, costar Emily Osment says the role isn’t much of a stretch for the 95-year-old Hollywood icon. “She’s so funny and crass,” says Osment, who plays chef Gabi on the Freeform series. “She’s a legend! I still can’t believe I got to work with her.” Much like their characters on the show, Osment and White’s relationship on set quickly took an unexpected turn. “She called me a bitch one time, which I loved,” the Los Angeles native, 25, tells Us Weekly. “She was like, ‘Honey, you’re what we like to call a bitch [because] you’ve got blonde hair and blue eyes.’ She has blonde hair and blue eyes as well, so she was like, ‘We like to call ourselves that.’”

Osment reveled in the unconventional compliment from the actress. “I think I’m in a bitch club with Betty White!” she jokes. “To hear such a sweet, sweet woman who’s in her 90s use the type of language she uses — she’s hysterical.” On the series, now in its fifth season, Osment understands fans’ frustration with Gabi’s off-and-on relationship with her boss, Josh (Jonathan Sadowski) — but hints that the ups and downs will be worth the wait. “You want to see someone having turmoil or falling in love or out of love, that’s what makes good TV,” she explains, noting another tumultuous onscreen romance. “When we all watched Friends, we wanted Ross and Rachel to be together so bad,” she says. “They would get together for a few episodes and then they would break up because that’s the fun part: the chase.” END_OF_DOCUMENT_TOKEN_TO_BE_REPLACED

Friday morning, Emily stopped by People Now to talk about Young & Hungry, Mother’s Day and much more. You can watch her appearance below and check out captures of the interview in the gallery. 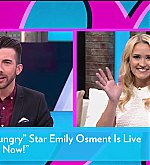 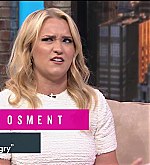 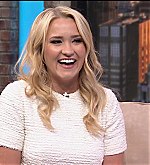 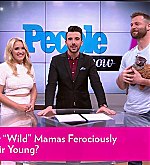 Friday morning, Emily along with Young & Hungry writer, Diana Snyder stopped by The Today Show to talk about the new Young & Hungry cookbook and more. You can watch her appearance below and check out captures of the interview in the gallery. 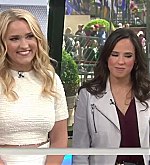 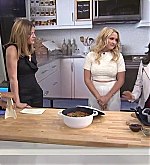 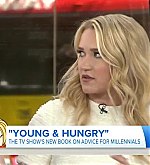 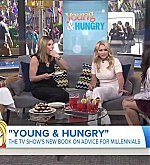 This week on Might Bang! Missi and Zach talk to Emily Osment (Hannah Montana, Young and Hungry, Spy Kids) about playing Missi’s daughter (twice!), then we bust open a bag of wine and call our famous friends! Also, we sing the instant classic songs “Woke at Coachella”, “Might Be Home Late If You Want To Eat My Falafel”, and “Seventeen”.